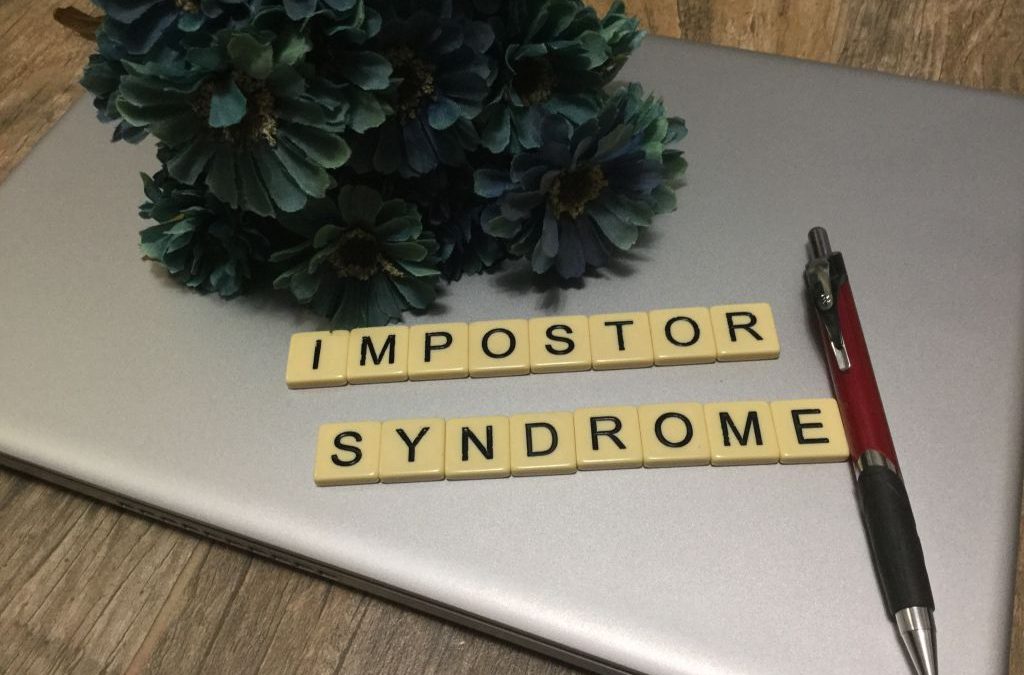 How thinking your way out works!

“Impostor Syndrome”. An appropriate title for a thriller perhaps! Worst still, are we admitting to being something or someone we’re not, in other words a fraud! This may sound absurd until we dive a little deeper into its meaning.Imagine this scenario for just a moment. You have worked hard for years and have displayed academic achievement for which you receive praise. Maybe your professional excellence is recognized in the form of a well deserved promotion. So far so good!  After a short initial buzz of excitement you quickly start to doubt yourself and despite your external evidence of competence you incorrectly attribute your success to “luck” and nothing more. In fact, you have an internalized fear of being a “fraud” and being found out at any given moment. You tell yourself “I don’t deserve this”. You believe that you have managed to deceive others into thinking you are more intelligent than you perceive yourself to be. This is not to be confused with a moment’s lack of confidence, which most people experience at times and is normal. Picture this second scenario. You’re a straight A student in school. You are offered a place at a prestigious University. As this exciting new chapter in your life unfolds, you suddenly acknowledge that all the other first year freshmen are also straight A students. Impostor Syndrome creeps in and you convince yourself that at any moment the Dean is going to find out that you shouldn’t be there, hence discovering you are an impostor. In your mind you couldn’t possibly be as intelligent as all of the other straight A students! Is this you…maybe a little bit!

If this isn’t you then you are one of the lucky few.

As a long standing member of this not so elite club, (I left several times only to return!) I have learnt that with help and  practice we can literally think our way out of this annoying psychological pattern. It is important to emphasize again that Impostor Syndrome should not be confused with a moment’s lack of confidence. This is a psychological pattern in which one doubts one’s accomplishments and has an internalized fear of being a fraud despite evidence to the contrary.

I am going to refer to Lady Justice Hale for one moment. Elected as president of the UK’s Supreme Court in 2017, this incredibly talented and accomplished former high court judge admits openly to experiencing Impostor Syndrome. Her story to success is both inspiring and painful. A story that I believe many ambitious and/or talented women can relate to. In the early days of her career she was one of only six women to become a High Court Judge. She later became the only woman law Lord (one of twelve judges at that time to occupy the corridors of the House Of Lords). Despite this academic success she openly admits to experiencing Impostor Syndrome from an early age. She recalls that despite both her proven academic achievements and acceptance to study at Cambridge University, on arriving, she asked herself “What am I doing here, what am I doing in this wonderful beautiful place”. She was convinced that she would be discovered as a fraud at any given time. Despite being supremely driven, this experience occurred regularly.

Not entirely unique to women.That having been said, there is a higher percentage of women experiencing The Impostor Cycle. For this reason it is important for us to recognize this cycle occuring so that we can stop it in its tracks!

Impostor Syndrome (Impostor Phenomenon) is not a mental disorder rather a phenomenon that occurs in an individual. Research tells us that women experiencing impostor Syndrome, showcase symptoms of depression| anxiety and low self-confidence. In 1985 Dr. Pauline Clance (Behavior Science Institute) shared her tool for:

Measuring impostor Syndrome (Two or Three have to be present)

Secretly needs to be special or the best. We may be an A student in school but are not atypical in a larger setting. We then dismiss our own talents or abilities and conclude we are stupid when not the very best.

Fear of failure. Anxiety and fear of failure. Fear of not performing at the highest standards, Fear of humiliation, shame and making mistakes. Feeling the need to overwork to avoid  failure.(Yes guilty!)

Characteristics of super woman/superman. Perfectionist tendencies (Clance 1985) Often setting impossible standards as goals and self evaluation.Resulting in feelings of disappointment when they are unable to fulfill  their perfectionist goals.(Yes guilty!)

Denial of ability and discounting praise. Difficulty internalizing their success and accepting praise as valid. Attribute their success to external factors (Clance 1985) May even argue that they do not deserve praise or credit. This should not be confused with false modesty.

Feeling fear and guilt about success. When success is unusual in their family or peers, impostors may become distant and feel guilty for being different and worry about rejection. Worry that their success will lead to higher demands and greater expectations. Uncertain about their ability to maintain their current level of performance (Clance, Imes 1985). Can be reluctant to accept additional responsibility. Believe they will be revealed as an intellectual phony. They see themselves as a self-perceived intellectual fraud and fear they may be recognized as an impostor.

How did you score? The truth is, any one of us can view ourselves as an impostor if we fail to internalize our success. This is not limited to highly successful individuals and is often referred to Intellectual Fraudulence!

Let’s touch on these briefly before learning what we can do to help overcome Impostor Syndrome.

Those of us who have recognized Impostor Syndrome in ourselves understand fully that this is not a comfortable or joyful place. This is especially true if the cycle continues. There is short lived joy in our achievements. Success does not bring long term happiness. This can have a negative impact on our psychological well being. I remember discussing Impostor Syndrome within a group setting at a work conference. As a team we were very successful (by that I mean exceeding projected targets and sales),  To my surprise, everyone admitted to experiencing Impostor Syndrome or worse, feared they were experiencing “The Impostor Cycle”. At first I felt comfortable being amongst others who shared the same experience. However it took only ten minutes for me to decide that I was the only one who was experiencing impostor Syndrome and that  somehow I did not deserve to be in this group. The fear of discovery was imminent and I was convinced that I would be asked to leave!!! You can see where this is going right!!

It can be emotionally exhausting!!! Yes we know I hear you say!! Help is here!

How we can think our way out Impostor Syndrome:

After researching this subject in depth I have found the advice given by Dr. Valerie Young, author of The Secret Thoughts of Successful Women, to be, by far, the most helpful. An expert on impostor Syndrome from a woman’s perspective, she gives us the tools to think our way out of this impostor Cycle. Dr. Young states that ”Non-impostors think differently about three things. Competence, failure/mistakes/criticisms and fear. Once we have an alternative way of thinking about these things it can change everything.”

Having completed a presentation on Impostor Syndrome, a student remarked “This was great…but do you have any other solutions?”

Her response…”Of the ten things I just gave you, what have you tried so far?” This was the motivation I needed!

Her approach is simple and as I discovered does take practice. As the saying goes practice makes perfect! This is by no means a quick fix! Her advice…

Remember our thinking must change! Then Normalize that Thinking!

We can do this!

Quote for this post: Whether you’re an active member of The impostor Syndrome Club, returning member or just dropping in, try to be kind to yourself.

This post contains a secured affiliate link. This means that should you choose to purchase from my Book Shop using this link I will earn a small commission at no extra cost to you. Full disclosure statement available here.

Love this article? Spread the word!

This website uses cookies to improve your experience while you navigate through the website. Out of these cookies, the cookies that are categorized as necessary are stored on your browser as they are essential for the working of basic functionalities of the website. We also use third-party cookies that help us analyze and understand how you use this website. These cookies will be stored in your browser only with your consent. You also have the option to opt-out of these cookies. But opting out of some of these cookies may have an effect on your browsing experience.
Necessary Always Enabled
Necessary cookies are absolutely essential for the website to function properly. This category only includes cookies that ensures basic functionalities and security features of the website. These cookies do not store any personal information.
Non-necessary
Any cookies that may not be particularly necessary for the website to function and is used specifically to collect user personal data via analytics, ads, other embedded contents are termed as non-necessary cookies. It is mandatory to procure user consent prior to running these cookies on your website.
SAVE & ACCEPT